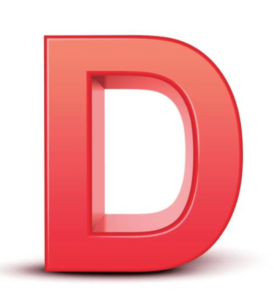 At a media ZOOM meeting earlier in the week, I asked Head Coach Niko Medved what does it say about the development of his team when they win a game the old-fashioned way – with solid defense and an advantage on the backboards?

Because in Game 2 of the Pandemic Pair against Wyoming, even though the Rams had opened hot on the offensive side, they cooled off dramatically over the final 25 minutes, allowing WYoming to close an 18-point margin to just 1. But they locked down the Cowboys over the final minutes as they produced a solid 68-59 win.

The Rams won the rebounding battle 39-25. But more importantly, over the entire 40 minutes they held the Cowboys, a very good offensive team, to only .88 points per possession, their second lowest of the season.

Medved responded to my question simply by pointing out that the Rams have moved into the Top 50 nationally in Defensive Efficiency and how much his team has bought into the defensive part of the winning equation.

So I wanted to delve into that a little further, pointing out how the Rams have improved their defense.

Before I get into the statistics, I wanted to touch on some qualitative factors that are apparent.

First, the core of the team is essentially a year older. Yes they lost three important seniors in Nico Carvacho, Kris Martin, and Hyron Edwards, but this year’s squad features 4 returning starters and 4 returning subs as part of the 9-man rotation.

A year more mature physically, more games and more practice time in the same system. Its not a simple system as the Rams do a lot of double teaming of post players which requires fast reactions to rotate and then shut down opponents’ left open by the double team.

So let’s look at the numbers.

The 2020 team did two things very well. They defended without fouling (21st) and rebounded well on the defensive glass (24th).

As most expected with the loss of rebounder extraordinaire Carvacho, the 2021 Rams have fallen off on the defensive glass  but only marginally to 75th.

But they have dramatically improved in other key areas.

The biggest improvement has come in their 3pt defense. Last year they allowed teams to shoot at a 34.4% which ranked them 247th in the nation. This year they are allowing their opponents to shoot only 29.3% from beyond the arc, which ranks them 19th nationally.

Now everybody knows that you don’t really play free throw defense directly. But when you foul as little as the Rams do (30th ranked nationally), you can be more strategic in who you foul. And in close games, you can create tough 1-and-1 opportunities down the stretch.

Trailing by 5 at San Diego State in the final minute, the Rams fouled the Aztecs’ worst free throw shooter on the floor and he proceeded to miss the front end of a 1-and-1. It kept the impetus of that remarkable Ram comeback on track.

The end result is that the Rams are holding their opponents to 5% lower Effective Field Goal %, going from 52% last year to 47% this year.

So what are the next steps for improvement. Obviously, you can hold the opponent to one fewer shot make here, grab one defensive rebound there, but I would argue the answer comes just as much on the offensive side.

Like most teams, the Rams are much better defensively when they make the other team take the ball out of their own net and inbound the ball. Like most other teams, they are not as good defending in transition after a missed shot.  And like every other team, they are not very good at defending after a live ball turnover.

Fix the turnover issue, watch this team take another leap toward the post-season. As a wise man once said, Defense Wins Championships.