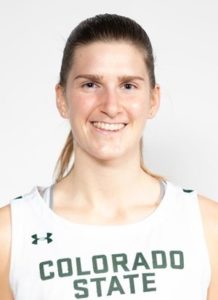 Colorado State senior guard Lore Devos, playing in her seventh career game against the enemies from north of the border, scored 21 points as the Rams scored an important win in their quest for a conference championship.

Devos’ points came efficiently from all over the floor. 8-13 shooting. A series of pull up jumpers, finishes at the rim, 2-2 from beyond the arc, and free throws. And it was a night that the Rams would need every point from the 6’1” Belgian as they struggled to get their high-paced offense in gear against the methodical half court discipline of the Cowgirls.

The Rams unleashed their high-octane offense in the second quarter, outscoring their opponents 27-17. Devos had revealed a glimmer at the close of quarter one with a tough jumper at the horn, a quarter where the Rams had difficulty unlocking their opponent’s defense. 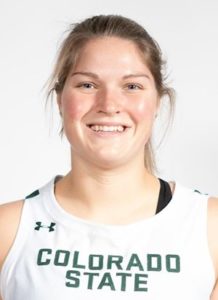 Described post-game by graduate transfer Karly Murphy as “being more patient, getting better shots, working into our offense”, the Rams shot a blistering 11-15 for the quarter , providing the impetus  for a 39-26 halftime lead.

The lead grew to as much as 16 points in the second half, but it never felt comfortable as the Cowgirls continued to push back. The visitors closed to within 6 several times in the late minutes, but CSU finished them off professionally at the free throw line to come away with the W.

Devos completed a double-double as she added a team-leading 11 rebounds to her 21 points. Post player Murphy came off the bench to deliver 12 and 7. Point guard McKenna Hofschild had 14 and a team-high 4 assists.

And with game two of the Pandemic Pair less than 48 hours away, he wasn’t quite ready to celebrate.

Said Williams of the next one, “We have a lot to clean up to be ready to compete.”